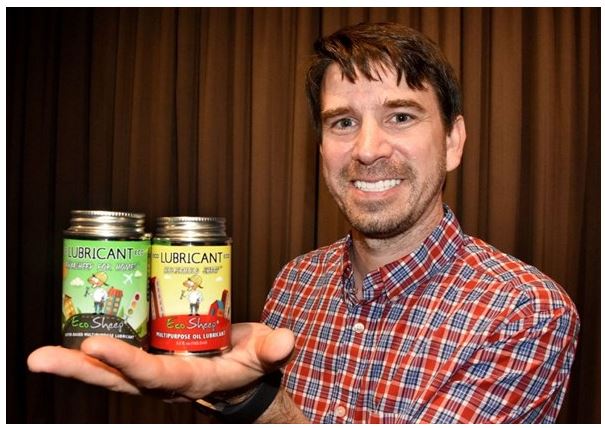 In 2015, Samuel Hopkins had a squeak in his bike chain that wouldn't go away.

Determined to fix it, the avid biker and outdoorsman bought a collection of different chain lubricant products and greased up his bike — only to realize rainwater would wash the petroleum-based residue directly into the local pond.

"There's 186 million bikes in the U.S., and it takes six million gallons of petroleum oil every year (to lubricate them)," Hopkins, a Pittsburgh-area resident, said. "It's one of the biggest oil spills in America, every year."

A longtime inventor with more than 40 patents to his name, Hopkins happened to have lanolin — oil secreted from sheep's wool, often used in cosmetics — in his workshop for another project, and found it stopped the squeaking. He quickly got to work developing EcoSheep, a line of eco-friendly bicycle lubricants that he produced at home and sold on Amazon. 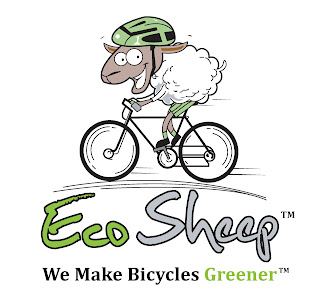 In spring 2016, Hopkins pitched his line of EcoSheep bike lubricants — including Mountain Sheep, Everyday Sheep, Sheep on the Road and Sheep on the Go — to a Walmart buyer at the retailer's annual open call event in Bentonville, Ark. He walked away with a deal to sell EcoSheep at 500 stores across the country, and within three months that number soared to 900.

Soon enough, emails started pouring in from people who were using his bicycle lubricant in their homes, on squeaky doors and other items.

So Hopkins went back to the drawing board and created a line of multipurpose EcoSheep products. And at this year's open call event in June, he secured a deal with Walmart to sell his new line at 200 stores.

"I was so excited last year to go to Open Call, and it was the same excitement again this year," he said, adding the only difference was that this year he knew more Walmart lingo going in.

Unlike many competing products — petroleum lubricants with glaring warning labels and numbers to call if ingested — EcoSheep is biodegradable and non-toxic, and is designated a USDA BioPreferred and EPA Safer Choice product.

Hopkins can't disclose sales of the bicycle lubricant line since it started selling at Walmart, but said he is selling tens of thousands of cans this year. He surpassed one year of projected sales in his first month in the discount retailer's stores.
Labels: eco friendly design
Location: London, UK