Beehives in the City

The latest buzz on urban gardening? Urban beehives, of course! These beehives are ideal for anyone who wants to invite a little urban wildlife into their nature-challenged neighborhood. 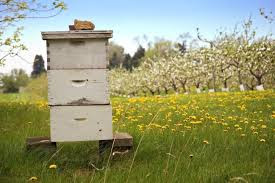 A Beehive that is Light and Easy To Move

The Beehaus comes with four ‘supers’ for the bees to store honey. You place these boxes on top of the hive in the spring when the bees start collecting nectar. The supers use a standard National super frame. However for easy handling, the Beehaus’ super boxes are half the size and therefore half the weight of a traditional beehive super box. 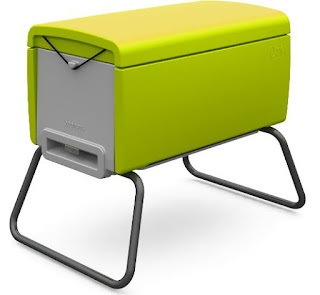 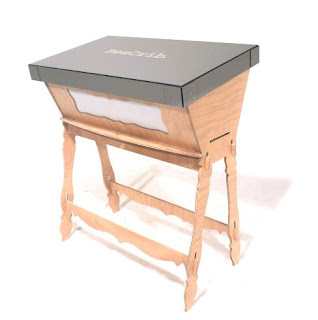 A group project focused on solving a real world problem using digital manufacturing and recyclable materials.
With bee populations declining globally and monoculture farming destroying their habitats, this project focuses on re-designing a beehive for the urban environment. Using CNC routing we have designed a flat-pack top bar beehive that can be assembled easily without tools or glue. The goal is to help hobbyist beekeeping become more accessible and affordable for everyone.

Features:
A group project from the Bachelor of Design Innovation at Victoria University Wellington, New Zealand. 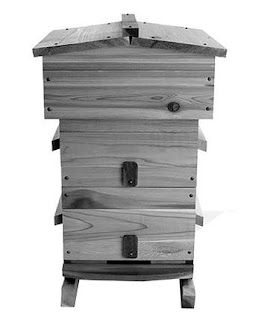 The Warré hive was developed in France during the early 20th century by Abbé Émile Warré, an ordained priest and an avid beekeeper. His vision was to develop an easy-to-build and easy-to-manage beehive with which everyone could have success (thus often referred to as the Peoples’ hive).


This simple, cost-effective and efficient design has been gaining renewed popularity among DIY beekeepers and those seeking more organic approaches to beekeeping.

The Urban Beehive by Philips 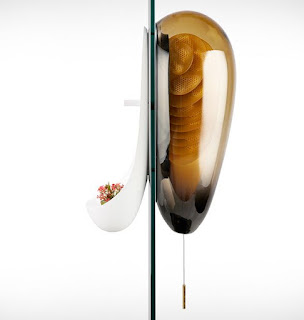 Most of the time you think of beekeepers as living out on large farms, tending to their hives with crazy hazmat-style suits on. With the Philips Urban Beehive, you can become your own beekeeper — with the bees living inside your own house. This stylish concept consists of two parts: an entry passage and flower pot that sits outdoors, and a glass shell inside. The tinted glass shell filters light to let through the orange wavelength the bees use for sight, and holds an array of honeycomb frames inside. When it's time to harvest some honey, just pull on the smoke actuator chain and grab some out while the bees are happily sedated.

The Urban Beehive is as sleek and modern as they come, and that includes the gracefully curved integral flowerpot that provides hard-working bees with a quick sip before landing. The device also features a built-in smoke activator that comes into play when collecting honey from the hive. While only a concept, the warm reception given the Urban Beehive during its debut at Dutch Design Week
bodes well for both bees and bee-lovers. 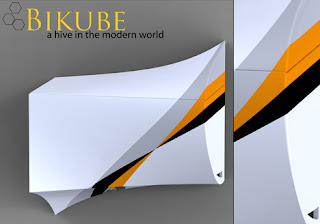 Get your stingers out for the “Bikube;” it’s a beehive for modern city dwellers who want to help fix the decreasing bee population. The designer of this project, Adam Weaver, attacks the Colony Collapse Disorder (CCD) problem head-on with this stylish box. It’s a beehive. You attach it to your outside wall. Bees live in it! And you could probably paint flames on it if you wanted to!

More details: The Bikube is designed with slopes on all sides to let rain and debris slide off with ease. The Bikube is a nucleus hive, and it is easily wall mounted. The Bikube utilizes an integrated handle for ease of use and transport, and there’s a glass section for humans to look and peek in on what kind of business is going on inside the hive. 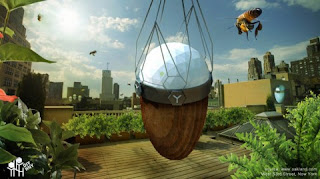 Lena Goldsteiner came up with a beehive for your balcony, backyard or rooftop garden. Who said that living in the city means you can’t keep bees?

As a beekeeper, you are direct observer of the symbiosis of animal, plants and human. Inspired by Richard Buckminster Fullers theory of Synergetics and Albert Einstein direct and simple conclusion:

“If the bee disappeared off the surface of the globe the man would only have 4 years of life left.

NO MORE BEES
NO MORE POLLINATION
NO MORE PLANTS
NO MORE ANIMALS
NO MORE MAN.” 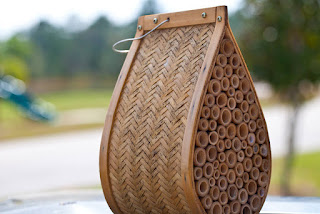 While harvesting honey from your urban beehive is sweet payback for the work put in making your winged guests comfy & cozy, other types of bees are worth supporting too, honey or not. Take the Mason Bee: slightly smaller than honeybees, non-stinging Mason Bees visit up to 1,000 flowers daily – 20 times as much as the average honeybee! The Mason Bee House is built from biodegradable bamboo and its network of hollow tubes perfectly suits the nesting needs of Mason Bees.
Labels: eco friendly design