Look at a glass of milk, and you might not think there's much to it. It's white, it's available everywhere, and it comes by the gallon.

But hiding behind many of the labels and homogenized gallons are a myriad of green issues that can make it tricky to navigate all the choices that go with finding a green glass of milk. So, how can you be an eco-friendly milk consumer?

Like any green consumer choice, there's more than meets the eye. Most often, the milk we consume is an animal product, and so that requires lots of energy inputs, treatment to get it safely (and legally) from farm to market, and finally packaging and shipping the stuff. So there's a lot to think about, and a lot of gray area, with each little glass of the white stuff.
Sourcing Green Milk

When it comes to finding milk that's green from the source, there are a handful of labels and acronyms that will help you discern green milk from its conventional counterpart.

The health benefits of organic milk are well documented -- more omega 3 fatty acids, and higher levels of vitamins and antioxidants -- which is pretty intuitive, when you think about how organic milk is produced. Like other certified organic foods, the notable part about this process is what isn't allowed -- all of their feed has to be organic as well, which is a huge benefit for the animals and those of us who drink their milk, particularly in light of a recent discovery of the huge amount of chicken poop some cows are being fed. Blech.

rBGH, rBST, and Other 'Injectables'
rBGH -- that's recombinant bovine growth hormone -- which is also known as rBST (recombinant bovine somatotropin) is a hormone given to conventionally raised cows (and there are other versions for other animals) so they produce more milk. This can cause some pretty unpleasant side affects -- cows' udders swell to the point of dragging on the ground, for example -- and increased levels of cell-stimulating growth factors, apparently identical to those in humans, have been reported in rBGH milk. These could induce premature growth and breast stimulation in infants, and possibly promote breast cancer in adults.

Plus, many dairy farms raise cows on grain -- a food that makes cows fatten up faster but, because of their ruminant stomachs, they have not evolved to eat. As a result, stomach ulcers, indigestion and other issues are common among dairy herds, and all are treated with heavy doses of antibiotics. And, just like with the hormones, those antibiotics can get in the milk, and then in to you. Organic certification insures you don't have any of that junk in your milk.

Still, as organic milk has increased in popularity and demand, big-time, industrial-scale operations have figured out how to remain organic while maintaining the astoundingly high production that industrial agriculture has become infamous for. What does that mean to you? Not all organic milk comes from the idyllic scene, with happy cows lazily grazing in a sunny pasture, that we like to picture when we think "organic."
To maximize the 'Happy Cow Factor' -- that is, to get milk that comes from happy cows -- you may have to combine a few of the factors above, and maybe leave one or two out. For example, if you can find milk from a small, local dairy that isn't certified organic, but employs grass-fed cows and is rBGH-free, you may have a better chance of finding happy cow milk. And, if you have questions or concerns about it, you can just go visit the farm to see for yourself. 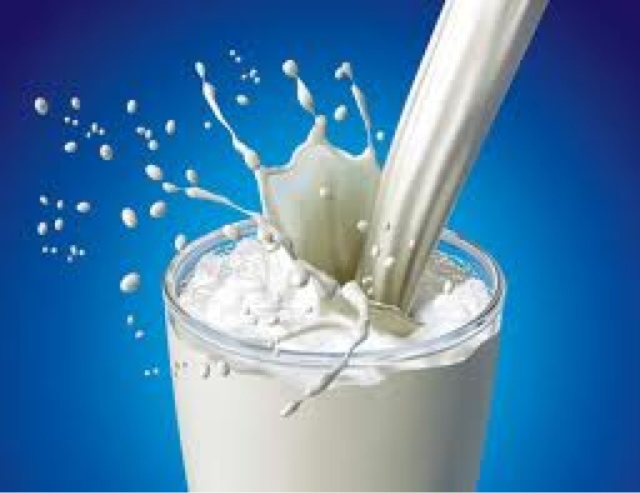