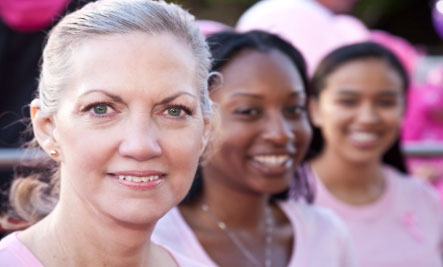 First, the good news: You probably won't get cancer. That is, if you have a healthy lifestyle.
'As many as 70% of known causes of cancers are avoidable and related to lifestyle,' says Thomas A. Sellers, PhD, associate director for cancer prevention and control at Moffitt Cancer Center in Tampa. Diet, exercise, and avoidance of tobacco products are, of course, your first line of defense, but recent research has uncovered many small, surprising ways you can weave even more disease prevention into your everyday life.
Try these novel strategies and your risk of cancer could dwindle even more.

You'll reduce your exposure to known or suspected carcinogens and hormone-disrupting chemicals. A new report from the President's Cancer Panel on how to reduce exposure to carcinogens suggests that home-filtered tap water is a safer bet than bottled water, whose quality often is not higher -- and in some cases is worse -- than that of municipal sources, according to a study by the Environmental Working Group. (Consumer Reports' top picks for faucet-mounted filters: Culligan, Pur Vertical, and the Brita OPFF-100.)
Store water in stainless steel or glass to avoid chemical contaminants such as BPA that can leach from plastic bottles.

So say the EPA and the President's Cancer Panel: Pumping one last squirt of gas into your car after the nozzle clicks off can spill fuel and foil the pump's vapor recovery system, designed to keep toxic chemicals such as cancer-causing benzene out of the air, where they can come in contact with your skin or get into your lungs.

Processed, charred, and well-done meats can contain cancer-causing heterocyclic amines, which form when meat is seared at high temperatures, and polycyclic aromatic hydrocarbons, which get into food when it's charcoal broiled.
'The recommendation to cut down on grilled meat has really solid scientific evidence behind it,' says Cheryl Lyn Walker, PhD, a professor of carcinogenesis at the University of Texas M.D. Anderson Cancer Center.
If you do grill, add rosemary and thyme to your favorite marinade and soak meat for at least an hour before cooking. The antioxidant-rich spices can cut HCAs by as much as 87%, according to research at Kansas State University. 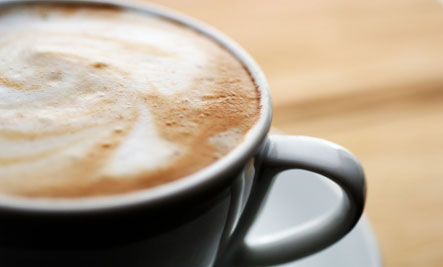 Java lovers who drank 5 or more cups of caffeinated coffee a day had a 40% decreased risk of brain cancer, compared with people who drank the least, in a 2010 British study. A 5-cup-a-day coffee habit reduces risks of oral and throat cancer almost as much.
Researchers credit the caffeine: Decaf had no comparable effect. But coffee was a more potent protector against these cancers than tea, which the British researchers said also offered protection against brain cancer.


5. Water down your cancer risk

Drinking plenty of water and other liquids may reduce the risk of bladder cancer by diluting the concentration of cancer-causing agents in urine and helping to flush them through the bladder faster. Drink at least 8 cups of liquid a day, suggests the American Cancer Society. 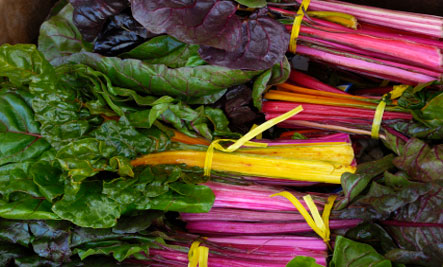 6. Load up on really green greens

Next time you're choosing salad fixings, reach for the darkest varieties. The chlorophyll that gives them their color is loaded with magnesium, which some large studies have found lowers the risk of colon cancer in women.
'Magnesium affects signaling in cells, and without the right amount, cells may do things like divide and replicate when they shouldn't,' says Walker. Just 1/2 cup of cooked spinach provides 75 mg of magnesium, 20% of the daily value.

They're a stellar source of selenium, an antioxidant that lowers the risk of bladder cancer in women, according to research from Dartmouth Medical School. Other studies have found that people with high blood levels of selenium have lower rates of dying of lung cancer and colorectal cancer. Researchers think selenium not only protects cells from free radical damage but also may enhance immune function and suppress formation of blood vessels that nourish tumors.


8. Burn off your breast cancer risk

Moderate exercise such as brisk walking 2 hours a week cuts risk of breast cancer 18%. Regular workouts may lower your risks by helping you burn fat, which otherwise produces its own estrogen, a known contributor to breast cancer.

A solvent known as perc (short for perchloroethylene) that's used in traditional dry cleaning may cause liver and kidney cancers and leukemia, according to an EPA finding backed in early 2010 by the National Academies of Science. The main dangers are to workers who handle chemicals or treated clothes using older machines, although experts have not concluded that consumers are also at increased cancer risk.
Less toxic alternatives: Hand-wash clothes with mild soap and air-dry them, spot cleaning if necessary with white vinegar.


10. Ask your doc about breast density

Women whose mammograms have revealed breast density readings of 75% or more have a breast cancer risk 4 to 5 times higher than that of women with low density scores, according to recent research. One theory is that denser breasts result from higher levels of estrogen-making exercise particularly important (see #8). 'Shrinking your body fat also changes growth factors, signaling proteins such as adipokines and hormones like insulin in ways that tend to turn off cancer-promoting processes in cells,' Walker says.

Use your cell phone only for short calls or texts, or use a hands-free device that keeps the phone -- and the radio frequency energy it emits -- away from your head. The point is more to preempt any risk than to protect against a proven danger: Evidence that cell phones increase brain cancer risk is 'neither consistent nor conclusive,' says the President's Cancer Panel report. But a number of review studies suggest there's a link.

Choosing your outdoor outfit wisely may help protect against skin cancer, say Spanish scientists. In their research, blue and red fabrics offered significantly better protection against the sun's UV rays than white and yellow ones did.
Don't forget to put on a hat: Though melanoma can appear anywhere on the body, it's more common in areas the sun hits, and researchers at the University of North Carolina at Chapel Hill have found that people with melanomas on the scalp or neck die at almost twice the rate of people with the cancer on other areas of the body. 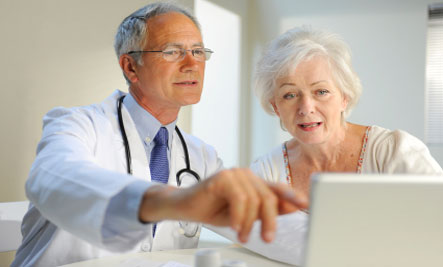 Experience -- lots of it -- is critical when it comes to accurately reading mammograms. A study from the University of California, San Francisco, found that doctors with at least 25 years' experience were more accurate at interpreting images and less likely to give false positives. Ask about your radiologist's track record. If she is freshly minted or doesn't check a high volume of mammograms, get a second read from someone with more mileage.

The President's Cancer Panel recommends buying meat free of antibiotics and added hormones, which are suspected of causing endocrine problems, including cancer. The report also advises that you purchase produce grown without pesticides and wash conventionally grown food thoroughly to remove residues. (The foods with the most pesticides: celery, peaches, strawberries, apples, and blueberries. See the full list of dirtiest fruits and vegetables here.) 'At least 40 known carcinogens are found in pesticides and we should absolutely try to reduce exposure,' Sellers says.

The B vitamin, essential for women who may become or are pregnant to prevent birth defects, is a double-edged sword when it comes to cancer risk. Consuming too much of the synthetic form (not folate, found in leafy green veggies, orange juice, and other foods) has been linked to increased colon cancer risk, as well as higher lung cancer and prostate cancer risks.
Rethink your multivitamin, especially if you eat a lot of cereal and fortified foods. A recent CDC study discovered that half of supplement users who took supplements with more than 400 mcg of folic acid exceeded 1,000 mcg per day of folic acid. Most supplements pack 400 mcg. Individual supplements (of vitamin D and calcium, for instance) may be a smarter choice for most women who aren't thinking of having kids.

16. Up your calcium intake

Milk's main claim to fame may also help protect you from colon cancer. Those who took calcium faithfully for 4 years had a 36% reduction in the development of new precancerous colon polyps 5 years after the study had ended, revealed Dartmouth Medical School researchers. (They tracked 822 people who took either 1,200 mg of calcium every day or a placebo.)
Though the study was not on milk itself, you can get the same amount of calcium in three 8-ounce glasses of fat-free milk, along with an 8-ounce serving of yogurt or a 2- to 3-ounce serving of low-fat cheese daily. 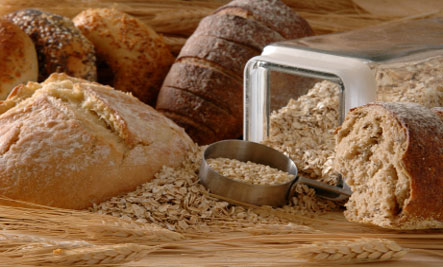 You know whole wheat is better for you than white bread. Here's more proof why you should switch once and for all: If you eat a lot of things with a high glycemic load -- a measurement of how quickly food raises your blood sugar -- you may run a higher risk of colorectal cancer than women who eat low-glycemic-load foods, found a Harvard Medical School study involving 38,000 women.
The problem eats are mostly white: white bread, pasta, potatoes, and sugary pastries. The low-glycemic-load stuff comes with fiber.

If you're experiencing a bloated belly, pelvic pain, and an urgent need to urinate, see your doctor. These symptoms may signal ovarian cancer, particularly if they're severe and frequent. Women and physicians often ignore these symptoms, and that's the very reason that this disease can be deadly.
When caught early, before cancer has spread outside the ovary, the relative 5-year survival rate for ovarian cancer is a jaw-dropping 90 to 95%.

CT scans are a great diagnostic tool, but they deliver much more radiation than x-rays and may be overused, says Barton Kamen, MD, PhD, chief medical officer for the Leukemia & Lymphoma Society. In fact, researchers suggest that one-third of CT scans could be unnecessary.
High doses of radiation can trigger leukemia, so make sure scans are not repeated if you see multiple doctors, and ask if another test, such as an ultrasound or MRI, could substitute. 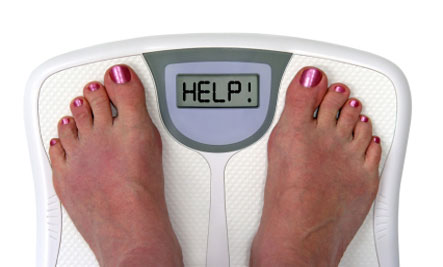 Being overweight or obese accounts for 20% of all cancer deaths among women and 14% among men, notes the American Cancer Society. (You're overweight if your body mass index is between 25 and 29.9; you're obese if it's 30 or more.) Plus, losing excess pounds reduces the body's production of female hormones, which may protect against breast cancer, endometrial cancer, and ovarian cancer.
Even if you're not technically overweight, gaining just 10 pounds after the age of 30 increases your risk of developing breast, pancreatic, and cervical, among other cancers.
Labels: eco friendly beauty